THE MALADY HAUNTS MY REVERIE 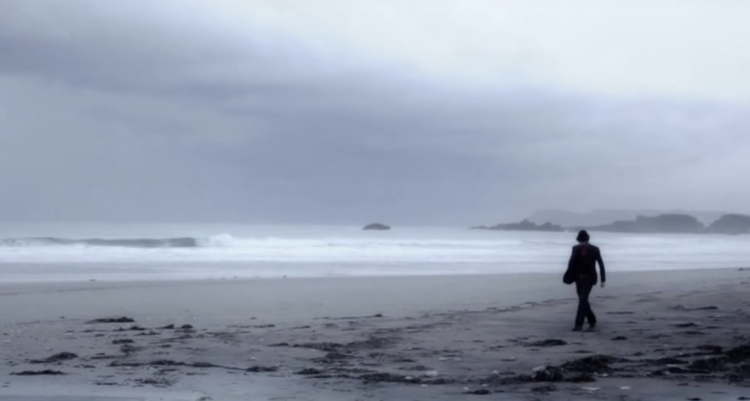 The old woman grins inanely at me as the cafe door sallies open of its own accord. I get up, close it and sit back down. I am in a cafe by the beach at Ballycastle, having been summoned here by Tristan Crowe to shoot a music video for my latest single, called ‘Can’t Make You Come Back’. I have just ordered a bowl of stew when the door swings open again. Cue septuagenarian chuckles. I get up, close it and sit back down. I’m running early (for once) and ravenous, so stew seemed like a bloody good idea. It arrives at my table as the door bursts open a third time. “Must be a ghost!” cackles the woman with a mouth full of turnover, “What else could it be?” she chews. I close the door again and return to my stew. “A draft?” I mutter underneath my breath. Fed and watered, stew inhaled, I exit the premises almost taking the infernal door with me.

“Hi Tristan,” I bark confidently down the phone, “I’m at the beach here now, outside the promenade cafe. Where are ye’s?” “You’re at the wrong beach. We’re at Whitepark Bay.” comes the reply.

Fuck. Panicked, I dash into a sweet shop in search of directions and ask the assistant. “I don’t know.“ is all he’ll vouchsafe. Brilliant. “Head for the coast road.” says he. I climb back in the family truckster and head vaguely in the direction of where I presume Whitepark Bay might be. I get on to the coast road and eventually pass Carrick-A-Rede rope bridge and Ballintoy before I find the bay in question. Disaster. I’m now at least an hour late and theres probably only an hour and a half left of filming before it starts to get too dark. I pull into the car park and call Tristan who begins the dander up to greet me. He made our last music video (‘Gargantuan’ – see blog post ‘Crash! Bang! Wallop! What A Video!) and he was terrific to work with so I wanted him on board again. I’d agonised for days over what the idea for the video might be. I knew I wanted something extremely simple and short yet I had several ideas in mind which were elaborate, overly complicated and frankly, shite. I’d discussed these with Janie over a beer or two and she instantly came up with a devastatingly simple concept which would be short and cost effective. Sorted. She’s a good kid. Yes she is. “How’s it goin, man? Good to see you!” says Tristan cheerfully as we shake hands. I stutter apologetically about being late and gather up my stuff to head down to the beach. I’ve brought my usual smorgasabord of suits, coats and hats and crucially, a symbolic banana. We meet with Sarah McGlinchey – Tristan’s winglady in these matters – and he begins to set up shots. I just wander about clutching a glass bottle with some typed lyrics inside. There’s cowshite everywhere and its absolutely perishing but the bay itself is stunning. Its edges shimmer and blur in the waning evening light. Or maybe my eyes are just too cold to focus properly.Tristan and Sarah work fast, ordering me to do this and that and get (what I imagine) will be some cracker shots. The song itself is barely 2 and a half mins long and I imagine it’ll be tricky to convey the narrative I have in mind within that time frame. The plan will be to film the majority of it today then add some shots involving an old charity shop typewriter on Sunday at a secret location. So secret, I don’t have an address for it, merely a set of geographic coordinates. Daubed on an old roof slate. With invisible ink. When it comes to the money shot – me hurling the bottle to the sea – I wonder how best to capture it tumbling about the waves. I wade in up to my knees and get completely soaked. Tristan (trooper that he is) has gone to the bother of hiring a wetsuit and some equipment for his camera and flails about in the surf manfully trying to nail some shots of the bottle bobbing up and down. Which he does, before it disappears fittingly, into the briny. Never to return again unless perhaps to appear on some shoreline somewhere knocking gently against a pair of wellfed ankles.

At this stage, it is dark as hell so we build a campfire – Tristan has prepared a bundle of dried kindling and brought a lock of oil – and set about trying to light it with an uncooperative cigarette lighter. We try and try and try and try and try and try and try. This looks as if its never gonna happen until Sarah lights it in one go fanning the flames to a conflagration. I lie back wistfully and finally eat my symbolic banana with shaky hands as they nail the final shots. I’m absolutely foundered and reflect that if my legs caught fire, I honestly wouldnt care. We pack down all the stuff and make for the car park. They’re on their way to Portrush and I have to hurry home to play guitar having been asked to accompany a duet for Derry dance troupe Echo Echo’s festival of movement. We bid swift farewells and agree to meet Sunday if we’re all still alive. I slam the car door shut. Have I brought a towel or some spare slacks? An emergency pair of plimsolls? An additional sock or two? Gloves, even? Of course I fucking havent. Shivering, I turn the car heaters on full whack and race home in the dark reflecting that the only thing it seems I definitely can’t make come back is any sense of feeling in my feet.